UTTC finished the OMA Indoor Club Series, based on age group placings in the three OMA Winter Mini Meets, with almost twice as many points as the next two Clubs put together.

The highlights of the third meet were Canadian Record performances by two UTTC athletes; 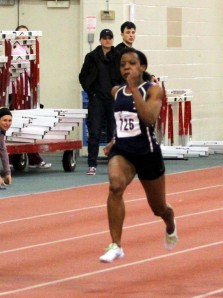